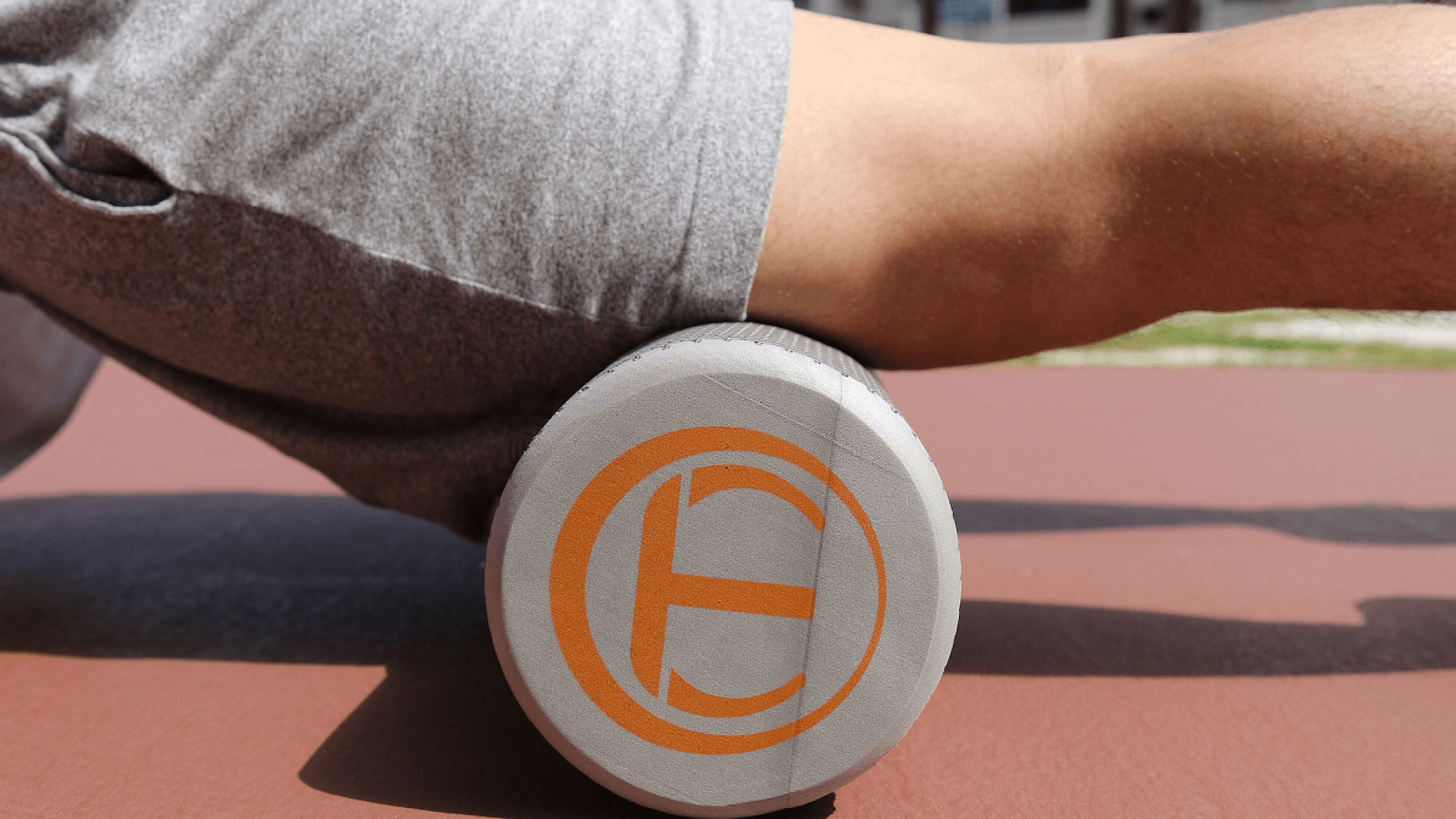 Self myofascial release is a popular way to reduce sore muscles and to increase recovery.

It started as a hype with tools like foam rollers and massage sticks. It’s great because you massage your fascia.

However, is this what happens? And does foam rolling really benefit sports performance?

In this blog, you’ll discover that myofascial release does improve sports performance and how you can do it yourself. In the end, I offer more perspective on the foam rolling hype and how to make the most of it.

What is Self Myofascial Release?

Self myofascial release is a form of self-massage using tools like a foam roller or a massage stick.

The idea of foam rolling is to improve blood flow, reduce adhesions, absolve trigger points, and to displace the fascia.

Hence the name self myofascial release.

In my latest blog, I discussed myofascial trigger points. I explained what they are, where to find them, and how they might affect your sports performance.

Which, in this case, makes it hard to say you’re massaging a myofascial trigger point with a foam roller.

More on the contradictory information around myofascial trigger points and foam rolling at the end of this article.

Because regardless of the way foam rolling affects your body, self myofascial release does have some excellent benefits.

The Benefits of Self Myofascial Release

Self myofascial release is a new performance-enhancing strategy. As a result, there’s relatively little scientific research into the subject.

But, there is consistency in the benefits of foam rolling. Below are 5 interesting advantages of self myofascial release.

Foam rolling increases range of motion.1–4 This effect was found in ankle, hip, and shoulder flexibility.

Still, using a foam roller wasn’t more effective than static stretching.5 The thing is though, that static stretching reduces performance right after. And this is something you don’t want during a warming-up.

2. No Negative Impact of Sports Performance

The beautiful thing about foam rolling therefore, is that unlike static stretching, it doesn’t impair athletic performance.6,7 This makes it a great tool to use for short bouts of time before training or competition.

So, how long should you roll during a warming-up?

There’s no set protocol (yet) for foam rolling but these are things you can consider:

I recommend rolling up to 1 minute and then move on to the next muscle.

Even more so, there’s some evidence that foam rolling increases force output. One study, for example, found that participants performed better on the squat jump test.6

Another study measured with an Electro-Myography (EMG) that the maximum force output of the calf muscles went up after a foam rolling session.8

Why does this happen?

On the one side, this might be due to an increase in blood flow which helps to clear out waste products of training like lactate. And on the other side, the massage might modulate pain signals to the brain.

A small study in adolescent tennis players found that foam rolling increases range of motion but decreases perceived instability. While having no negative effect on serving power and acceleration.11

I found this study particularly interesting because it looked at functional outcomes for the tested individuals. As things go, flexibility is only worth so much if you can’t translate it to your specific sports performance.

Now you have an idea of the benefits of self myofascial release, are you ready to try it?

How to do Self Myofascial Release

As I mentioned at the beginning of this blog, popular self myofascial tools are the foam roller and massage stick. But a lacrosse ball or a tennis ball are often used as well. These balls are smaller objects and allow you to penetrate deeper into your musculature than with a foam roller.

Yet, these haven’t been used in scientific research. This doesn’t mean you shouldn’t use them but I do want to say this:

Because a tennis ball or lacrosse ball helps you go deeper into your musculature it makes your self-massage a more intense. As a result, it increases the chance of muscle damage. Thus, if you use self-myofascial massage a warming-up tool, don’t use the balls.

Now that’s resolved, let’s have a look at how to use a foam roller.

These are the things you should consider:

The contraindications for self myofascial release (when not to do it):

Here are 6 useful self myofascial release exercises with a foam roller:

Keep your knee bend while foam rolling your hamstrings. This way they stay loose and it’s easier to penetrate the muscle.

This is an excellent foam rolling exercise for people that sit a lot.

6. How to Use a Your Foam Roller as Massage Stick

If you don’t have a massage stick you can use your foam roller as one. Use a broom or something similar to self-massage in a different way.

A Critical Note on Self Myofascial Release

As I mentioned at the beginning there’s contradictory information around foam rolling. I believe this is partly due to the hype that revolved around its conception, but also due to the little research that has gone into this tool.

So, when someone argues that foam rolling is good for your fascia, it isn’t based on facts.

But just like the trigger point issue, for you as an athlete and sports enthusiast the results are more important than the underlying mechanism.

Foam rolling is a great tool for warming-up and post-exercise. It improves range of motion and it might improve recovery, increase force output, and reduce perceived instability.

The mechanism for these effects isn’t known and there is no proof that self-myofascial release does something with your fascia.

This means that even though the name self-myofascial release could be wrong, the positive effects on your sports performance are real.

Now to you, have you ever tried foam rolling? How did you like it, and what did you experience after? I’d love to hear your perspective. Comment below and let me know.