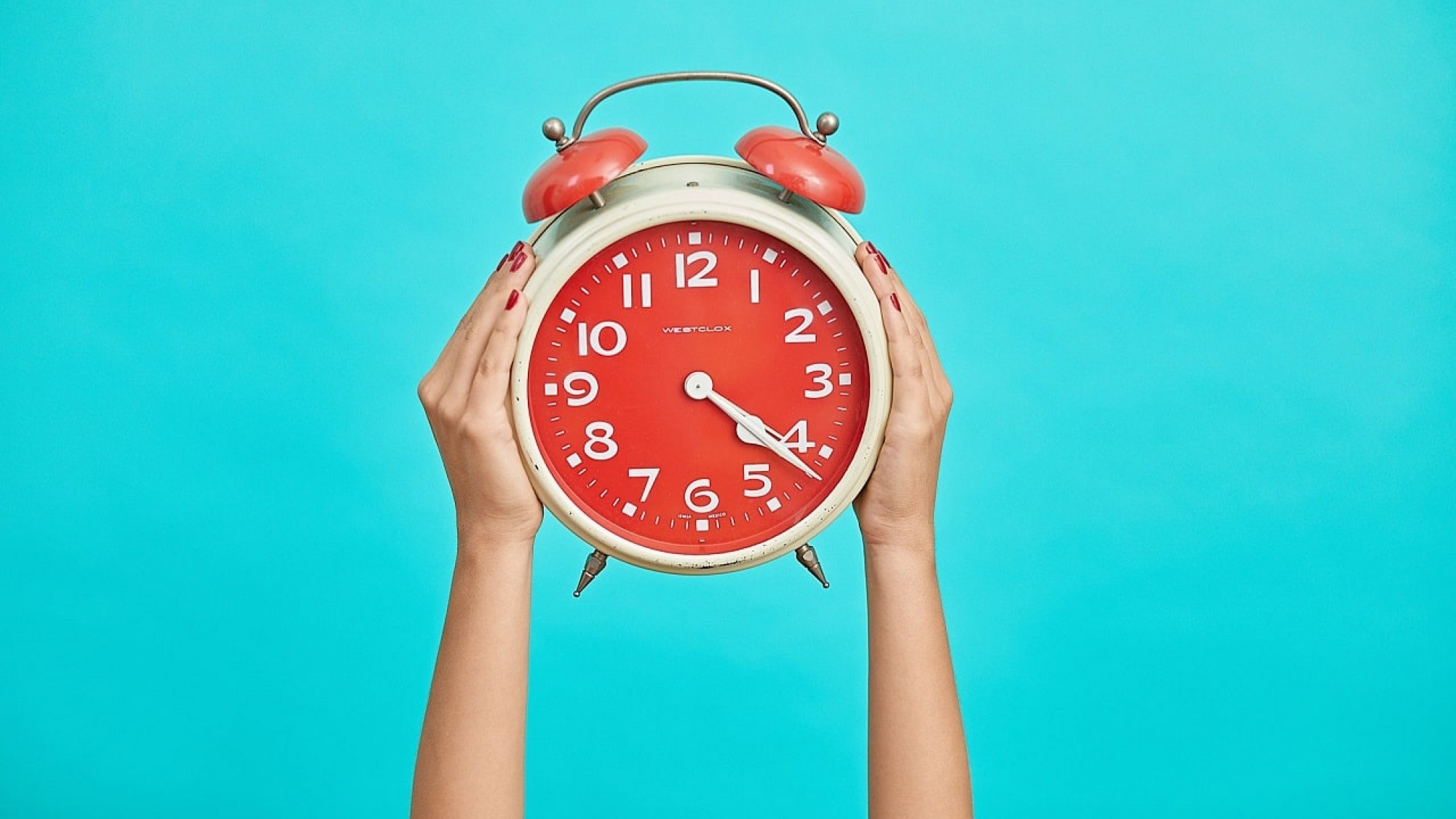 This blog is about chronotype, sleep, and the best moment at each day for you to sleep, wake up, and be productive.

If you recognize your natural sleep-wake cycle you can leverage it to feel better and perform better.

I’m someone that loves to get up early.

In fact, since I’ve scheduled my day around my preference for earliness I feel better, I’m more productive, and I fall asleep easily at night.

Let’s figure out right now how you can benefit yourself.

Your chronotype is your genetically programmed sleep-wake cycle categorized into a distinct group.

As things go, not everyone has the same sleeping times. This could be a reason, why you’re prone to watching Netflix after 10 PM. Even though, your friend switches it off easily at 9 PM.

Matthew Walker in his book Why We Sleep talks about 3 chronotypes:

The early birds get up around 6 AM, the inbetweeners before 8 AM, and the night owls later. As a result, the times each of the chronotypes prefer to go to bed differ.

However, not everybody talks the same way about chronotype.

Micheal Breus the writer of the book The Power of When created 4 chronotypes based on the 3 I mentioned before. He matched personal experience with science to create a model that is easy to understand. He calls his 4 chronotypes:

Why did he choose the names of these animals?

Because each animal has the sleep-wake cycle it describes. Lions wake up before dawn, bears with sunrise and wolves love the night. What’s the deal with dolphin’s then, you wonder?

They sleep with only half a brain at a time. This way they can sleep, keep swimming, and watch out for predators.

Scientists use the Munich Chronotype Questionnaire (MCTQ) to depict your chronotype. This survey asks about your sleeping times. The times you wake and other sleep-related habits to determine your chronotype.

The MCTQ gives you an exact idea about your sleep-wake cycle. Yet, it isn’t as easy to understand the results by yourself.

Besides the predictable sleep-wake cycle you operate on, your organs also have a distinct circadian rhythm. Depending on the time of day, for example, different genes come to expression in the heart and liver.

Every human being generates a circadian rhythm (circa, means “around,” and dian is derived from diam, which means “day”). Besides humans, every living creature on the planet with a life span of more than several days generates this natural cycle.[i]

It’s light that drives the circadian rhythm. During the day it tells you to be awake, to be hungry, and to be active. Once the light fades away in the evening your circadian clock makes you tired, slow, and sleepy.

2 scientists wanted to test if it’s true that the circadian rhythm depends on light.

Do you know what they did?

They stayed 32 days in Mammoth Cave. A cavern in the state of Kentucky in the US where, if you go in far enough, there’s no measurable light.

What did they discover?

That even without sunlight humans will maintain a predictable sleep-wake cycle. The youngest of the 2 researchers developed a rhythm between 26 and 28 hours. Whereas the older one, in his forties, developed a rhythm of a bit over 24 hours.

So even without light, the body will generate its circadian-rhythm.

3. How Your Chronotype Changes as You Age

Chronotypes aren’t fixed. As you age there are big differences. Here is how chronotypes develop in children, adults, and elderly:

As a child, you sleep up to 14 hours a night with an early rhythm. As you grow older and become a teenager your sleep-wake cycle moves forward. As an adolescent, you can easily stay up later than your parents and sleep far longer.

Do you want to calculate your personal sleep times? Use this free sleep time calculator to get an idea of the times you need to wake up and go to sleep.

This is not because you hate school, or because you’re lazy. That’s how mother nature meant it, argues Matthew Walker. It might be a natural way for adolescents to break away from their parents and become independent.[i]

Around your 18th your sleep times and circadian rhythm level out with your parents.

At the end of life, when you’re old you sleep less and stick to either an early or late rhythm.

As you understand by now, your chronotype is your tendency for either earliness or lateness.

To give you a complete idea of the chronotypes, here are the 3 main ones with their traits:

Are you confused about your chronotype?

That’s possible because your current sleep-wake cycle isn’t necessarily your preferred one.

You might be on the rhythm of your spouse, children, or boss.

To be sure about which chronotype you are, do the short chronotype test below.

Answer these questions to get an idea of your circadian rhythm:

These 3 questions should give you an idea if you tend to get up early, or late. If you’re in between, you belong to the moderate chronotype.

6. How to Perform Better Knowing Your Natural Sleep-Wake Cycle

Your tendency to earliness or lateness directly influences at which times of day you perform best. Still, it seems that the early afternoon is the best moment for peak performance.

A quote from the book Why We Sleep:

“It is no coincidence that the likelihood of breaking an Olympic record has been tied to the time of day, being maximal at the natural peak of the human circadian rhythm in the early afternoon.”[i]

Does this mean that you need to plan your entire life around the beginning of the afternoon?

If you’re a professional sportsman or woman, that would be a great idea.

Yet, the times of sports events aren’t considering your circadian rhythm. Just like your boss isn’t if you work a regular job.

Thus, the question is, how much control do you have over your schedule?

Do you depend on preset working times? The times you train with your team, or the time your children wake up?

If that’s the case, talk to your boss, trainer, or family.

Can’t you change your schedule? Then it’s key to remember the word rhythm.

If there’s anything the body likes less than waking up before it naturally has to, it’s a lack of rhythm. When you wake up at different times each day, your body uses energy to adapt to new situations every day.

Even if you’re chronotype is late, you can benefit from being in an early rhythm. As long as you keep waking up the same time every morning your body will follow.

7. Adjusting Your Schedule to Your Circadian Rhythm

If you can change your schedule, these are the steps I recommend you take:

8. A Critical Look at Chronotypes

A stressful period, a bitter loss on the soccer field or a tough period with your spouse all affect your sleep. As does the amount and what you drink, think and eat.

That’s why I believe it’s most beneficial to concentrate on maintaining a rhythm. This will benefit you more than to continuously try to get closer to your ideal sleeping times.

Only when you have complete control over your daily rhythm, I recommend you align with your chronotype.

What’s your chronotype? Did you know yours already or did you discover it by reading this blog?

I’m curious how do you go about your sleep and daily rhythm?

[i] Walker, Matthew. Why We Sleep: The New Science of Sleep and Dreams (pp. 13-14). Penguin Books Ltd. Kindle Edition.

What is a chronotype?

Your chronotype is your genetically predisposed sleep-wake cycle. It determines if you either are someone that likes to wake up early, late, or in between.

Can you change your chronotype?